Today the Kabaka of Buganda cried

Today the Kabaka of Buganda cried.  He shed tears at the desecration of his ancestors resting place.  The Baganda will remember this day for generations to come.
Fire burnt down the Kasubi tombs last night and today when the King of Buganda laid his eyes on the ashes that remained in the place of the royal tombs, his heart broke and he grieved with his subjects and with all peace loving Ugandans.  A knife has been driven through the hearts of the Baganda and because of the acrimonious relations existing between the Kingdom and the government not many are likely to believe that this is a random act, an act of God, a careless accident.  We are more likely to believe that the tombs were destroyed by the evil hand of an arsonist.  If indeed this was the job of an arsonist then they have desecrated the Kingdom in a most despicable way.
Within the tombs rested four Kings of the ancient Kingdom of Buganda but the structures, built in the 19th Century; were more than a resting place for kings, more than a UNESCO heritage site, more than a tourist attraction, more than a beautiful piece of ancient architecture.  The tombs were a place revered by the Baganda, not only as a physical manifestation of their rich culture, not just as evidence of the architectural sophistication of their ancestors but because they were one of the few remaining places within Kampala that they could truly call their own.
The tombs stood for the perseverance of Buganda and were a symbol of cultural pride that has survived the mayhem, wars, troubles and tribulations that have engulfed their Kingdom through the Centuries.  There is no one living in Uganda that remembers the time before the tombs were built.  The tombs that stood proud since the late 19th Century basking in regal splendor, reminding us of the dignity and pride of the Baganda and their love for their Kabaka, even in the most adverse circumstances; have now been reduced to ashes.  In the past Buganda’s kings have been exiled from their Kingdom, and sent to far off lands when they disagreed with colonial administrators or rulers of independent Uganda but there were places like this, that remained behind for people to pay homage and identify themselves as a community, a place to remind them that their Kingdom would survive adversity as it always had for Centuries.
The mind of a Muganda might grasp the idea of an exiled king, even a king denied the right of passage through his own kingdom -- they were well prepared for such incidents by the history of tension between their kingdom and central government.  Nothing has prepared the Baganda for an attack on this significant symbol of their culture.  African cultures show great respect for the dead and all burial grounds are sacred.  Kasubi tombs was that much more sacred because it is a burial ground for the kings.  This attack will be understood by many as an attempt to destroy their culture.
And they have seen it happen in other parts of the country where princes will never become kings unless the central government permits them; where a war has caused a whole generation of the Acholi in the North to grow up in camps, uprooted from their traditional communities, thereby severing the people’s connectedness to their culture.  An attack on the culture of a community hits at the core of a people’s identity leaving them nothing to remind them of who they really are, snatching away that intangible strength that is derived from enduring cultural pride.
And so if someone torched Kasubi tombs last night, who will stop them from torching the palace at Bulange?  Have they not already torched the King’s own school in Buddo?  How many arsonists have been brought to trial since this wave of arson hit the country.  Who is answerable for these fiery crimes?  If someone torched Kasubi last night they also torched the spirit of Buganda and an invisible line has been crossed by Uganda as a nation.  We have entered a dark, fiery, and smoky place that feels my heart with fear for the Kingdom and the country as a whole.
As an opposition activist and a non-Muganda who grew up and spent most of my life in Buganda I see no gain for anyone from this cruel event.  The government has nothing to gain from escalating the anger that was already spilling over in Buganda before this incident.  The opposition on the other hand is already struggling to gain the trust of Buganda and recruit active leaders to strengthen its ranks in Buganda.  This event will only make the Baganda more introverted and suspicious of other nationalities, and of all national politicians.
But it must be stated clearly without fear that it is the Constitutional duty of the state to protect its people, guarantee their rights and provide security for person and property.  While many preferred to place the cause of instability in Northern Uganda on Joseph Kony and his gang of rebels many others realized that ultimately it was the duty of the state to protect the citizens of that region from the rebels and the state failed to protect the people of Northern Uganda for two decades.  It is the same with the mystery of fires that have consumed life and property from Kibwetere to Kichwamba, to Buddo and now to Kasubi.
There is still a chance that the fire of March 16, 2010 started accidentally.  Yet If indeed this was the evil work of an arsonist then ultimately the Uganda government must be held fully responsible and accountable. 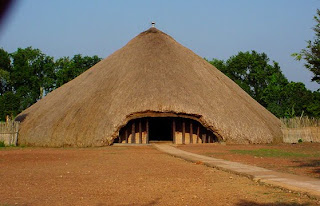